Law and Legislation of Online Pokies in Australia and New Zealand 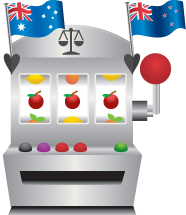 Broadly speaking, online pokies are legal after the Australian Commonwealth Parliament passed the Interactive Gambling Act in the summer of 2001 . This piece of law focuses primarily on what gambling firms are able to offer Australian punters, which in turn means depositing your hard earned dollars. Online pokie isn't frowned upon. The chief aim of the IGA is to have Australian players playing on Australian run sites and reducing the real-money interactive gambling, such as online blackjack, poker, roulette and in-play sports betting.

Offline Pokies And The Law 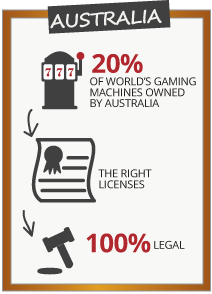 Legislation for pokies in Australia is equally relaxed both online and offline. Land-based pokies are huge in Australia, with over 20% of the world's gaming machines owned by Australia according to the Productivity Committee.

State laws vary for live pokies, but as long as gambling operators hold the right licenses for state or territory regulatory committees, they are perfectly legal. The rules set, such as not being able to change the pay back to players and the implementation of a maximum win amount, aim to protect players rather than restrict play - logical considering the huge sums of money it places into government coffers at state and federal levels. 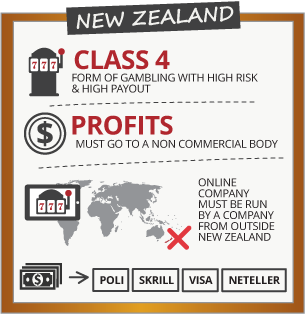 The complexion of pokies, both online and offline, is slightly different in New Zealand.

The Gambling Act 2003 sets poker machines as a Class 4 form of gambling, with high-risk and high payout. Machines are only offered if the profits are paid to a non-commercial body, such as a charity.

Online pokies are permitted as long as they are run by a company from outside of New Zealand, as well as deposits going through a legal online casino banking method such as POLi, Skrill, NETELLER or debit/credit cards, as well as bank transfers.

With pokies being so popular in bars and casinos around Australia, it seems only right that online pokies are allowed too. Depositing is legal, while taxation of operators looks at player losses, net profit and of course the payment for the licenses themselves.

While the IGA doesn't restrict online pokies, federal law is only one part of the equation. Various states have their own legislation which needs to be taken into account when playing online pokies.

Many feared that Australian pokies would soon fall the same way as American online gambling, especially with it being such a major factor in the hung Government - independent Andrew Wilkie threatened to single-handed bring down Gillard's government unless a mandatory pre-commitment scheme was rolled out. The focus of Wilkie and his allies was to tackle the perception of problem gambling in Australia, with max bets of AU$1 just one of the ideas touted, as well as setting limits on how much a punter could lose online. 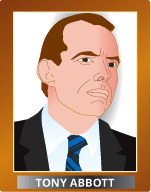 The election result of 2013 seems to have put paid to those ideas. The Coalition victory in 2013, led by Tony Abbott, back-tracked on previous pledges around online gambling.

The Coalition's new focus turned to supporting problem gamblers, rather than restricting online pokies themselves. Pokie players are in the clear for now, but should the Labour party come back into power, the focus may well turn back towards this lucrative source of revenue.