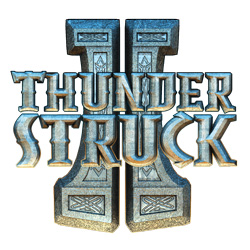 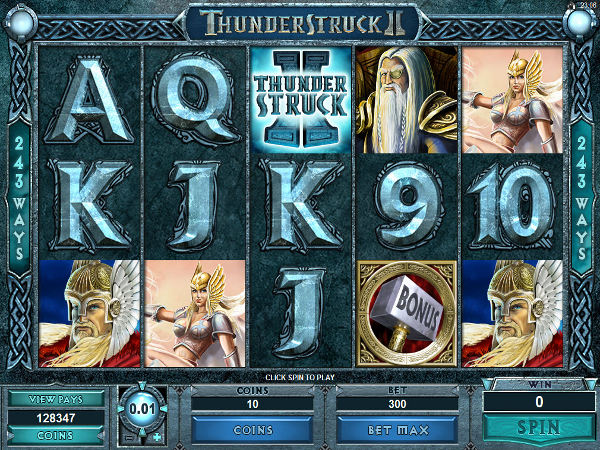 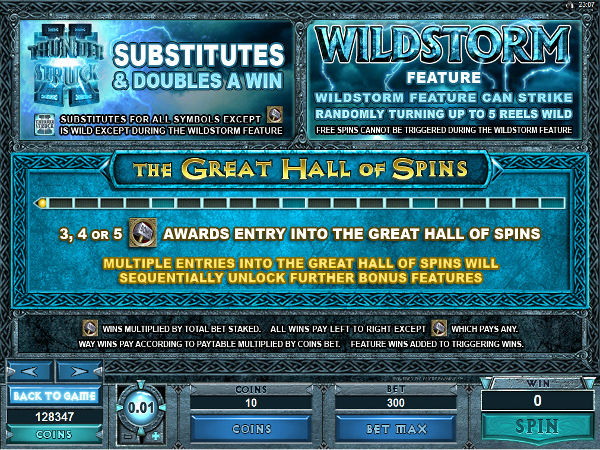 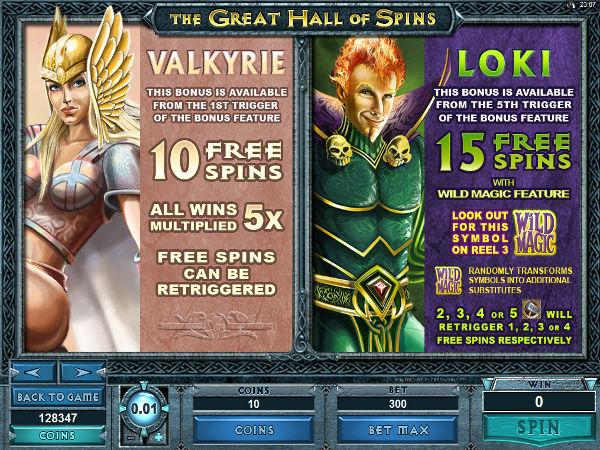 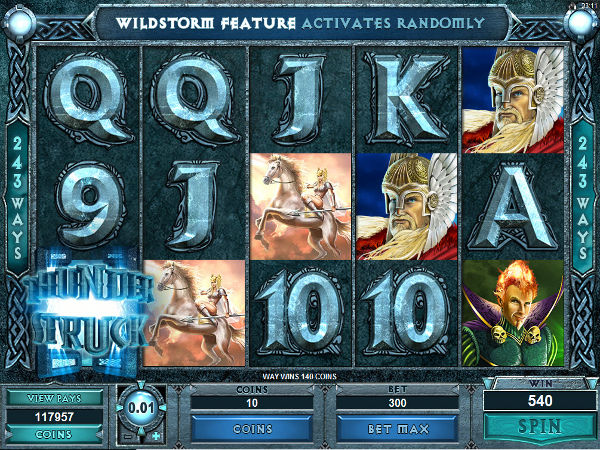 One of the most popular online pokies, Australia-based web gambling fans are bound to have heard of Thunderstruck II. On this page we'll be looking at the game in a little more detail, in the hope of uncovering exactly why it's so dominant online.

A Microgaming title following up the original Thunderstruck, the game revolves around Thor. Sorry to any fans of The Avengers but we're talking about the Norse god Thor, not the popular Marvel Comics character.

With 3 rows and 5 reels, the game resembles a whole lot of other other Australia online pokies. Thunderstruck II is simple enough for players in Oz to sit down and start playing right away, but there's enough here to hold the attention for a long time.

There are plenty of bonus features and so on to keep players entertained, so let's get a quick overview of what makes Thunderstruck II so special:

With a max bet of 15 AUD, even Thor himself isn't going to attract high rollers like some of the titles in our pokies reviews. Thunderstruck II is perhaps best described as a truly egalitarian slots title, in that virtually any Aussie player can afford to come and take a few spins.

In a word, fantastic. Some of the most famous Norse gods – Thor, Odin and Loki – are faithfully represented and the game's animations are smooth and beautiful. Thor's Wildstorm animation in particular, which can affect multiple reels, is hugely exciting.

There's also some nice ambient Norse music, which sets the tone perfectly without being too overbearing or repetitive. Unlike many of the titles in our online pokies reviews, Thunderstruck II does everything right in the audio and visual departments.

I know, I know, this Thunderstruck II pokies rating is turning into a real love-in, but here's another area in which the game excels. Find 3 or more scatter bonus symbols, Thor's hammer Mjölnir, and you'll be heading to the Great Hall of Spins.

The advantages and disadvantages of the above are pretty obvious. While Thunderstruck II has some excellent bonuses that can you net you more AUD than there is cash in a Viking treasure horde, you must be prepared that you may have to play for a long time to get there.

no denying that this is a seriously exciting title. After all, there's a reason it's one of Microgaming's signature titles.

Whether you have any interest in Norse mythology or not, Thunderstruck II is worth the attention of any Aussie players thanks to its potentially very lucrative bonus rounds. That's even truer if you're the sort of player who likes to devote a bit of time to one particular title, as Thunderstruck II rewards you for doing so.

A small complaint is that, because it takes a lot of dedicated play to reach the best bonus rounds, it's quite easy to find yourself playing for 'just five minutes more'. Make sure to keep an eye on your bankroll and know when to quit if Thor isn't helping you out!