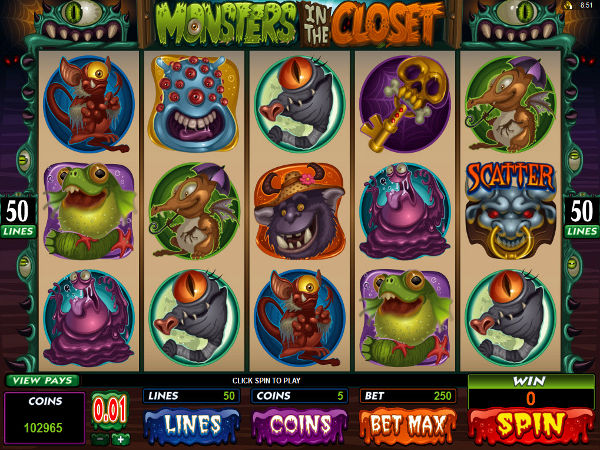 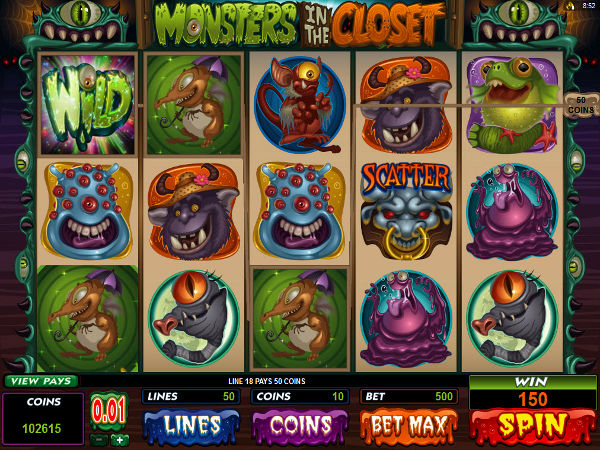 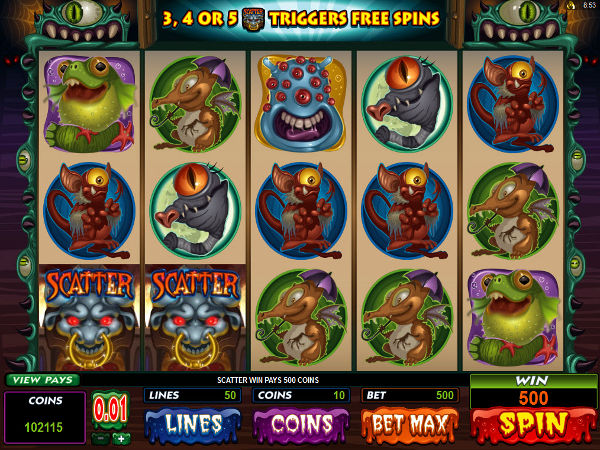 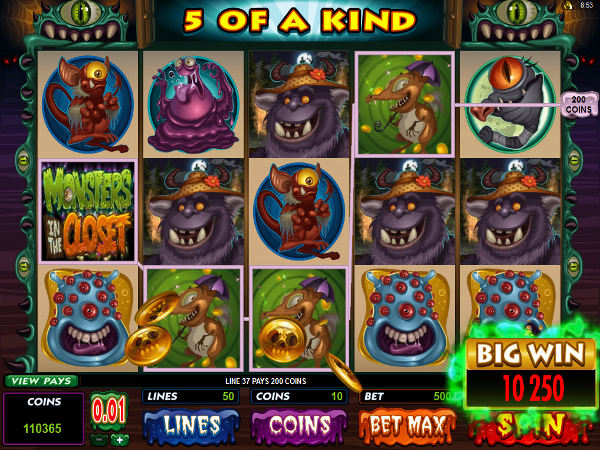 In a world of unimaginative slots and tedious pokies titles, it's always great to see a game that aims to be creative and come up with something a bit different. That's why I was glad to write this Monsters in the Closet online pokies review.

From horror movies all the way through to kids' entertainment like Monsters Inc and Nickelodeon's Aaahh! Real Monsters, it seems to be human nature to worry about things that go bump in the night and that's what this game capitalizes on.

As you'll see in my Monsters in the Closet pokies review, on top of its unique theme, the game has some good bonuses and features to recommend it. So let's get down to business and check it out.

If you've played other 5-reel Australia online pokies, Monsters in the Closet will feel very familiar. This means that, once they've taken a quick look at the pay table and decided how much to bet, Aussie players can sit down and start playing straight away.

Here's an 'at a glance' summary of some of the game's key features:

No double or nothing mini-game here, like in some of the titles in our pokies reviews. Monsters in the Closet is a good choice for players who prefer to keep it safe or can't resist gambling their winnings on the turn of a card.

Monsters in the Closet's pokies rating definitely picks up a few points here. The titular monsters, somewhere between scary and cute, look great and the animations are smooth. I really grew to love their little dances, though that may be that I started to associated them with winning cold hard cash...

The music is your typical haunted house fare, and you could do a lot worse than that. It sets the mood, which is all I really look for the sound effects of a title to do.

Here's another aspect of Monsters in the Closet that really shines. The game has two different bonus rounds, triggered by the appearance of three or more of two distinct scatter symbols.

The first, triggered by three or more raging bulls, gets you 12 free spins and a 3x multiplier, which is pretty respectable considering it's only one of two bonus rounds.

The second, triggered by the appearance of 3 or more skeleton keys, prompts you to take a peek inside the closet for which the game is named. Pick a closet door to reveal bonus payouts as well as Destination and Scary Slam bonuses.

Find a map and you'll extend the second bonus round even further, with the game prompting you to choose from one of four haunted locations. If the creature is home, you can win up to 200 times your wager.

Two, or three if you count the extra haunted destination portion of the second game, bonus rounds is always great to see and Monster in the Closet's pokies rating definitely gets a boost from this section.

This is one heck of a title. It might be best suited to a darkened room on Halloween, but its multiple bonus rounds means that it's worth playing all year round.

My Monsters in the Closet pokies review also takes into account the fact that the game looks and sounds great, much better than some of the older titles on the market or in land-based venues in Oz, and plays very well.

However, slots are of course all about luck. And, if you get lucky enough to hit both bonus rounds in a relatively short space of playing time, you couldn't hope for a much better chance to win some serious money.